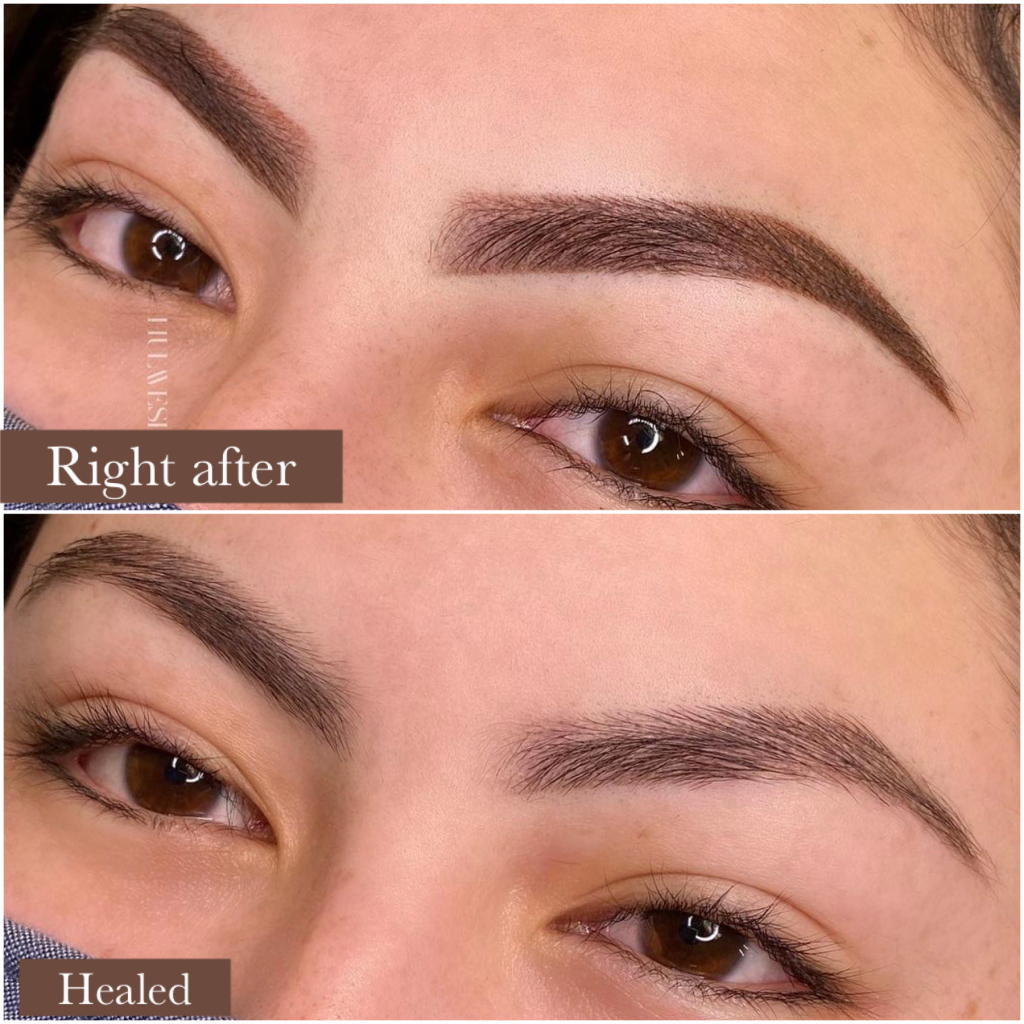 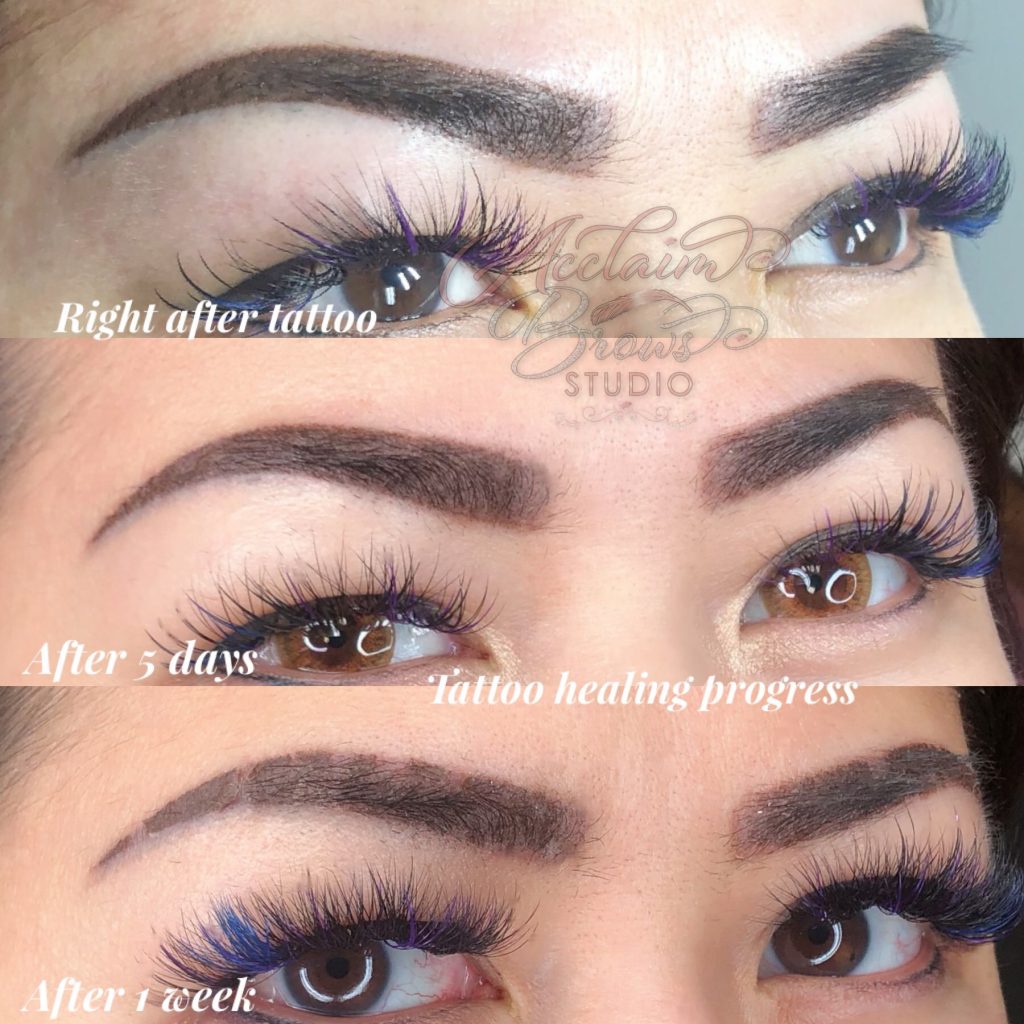 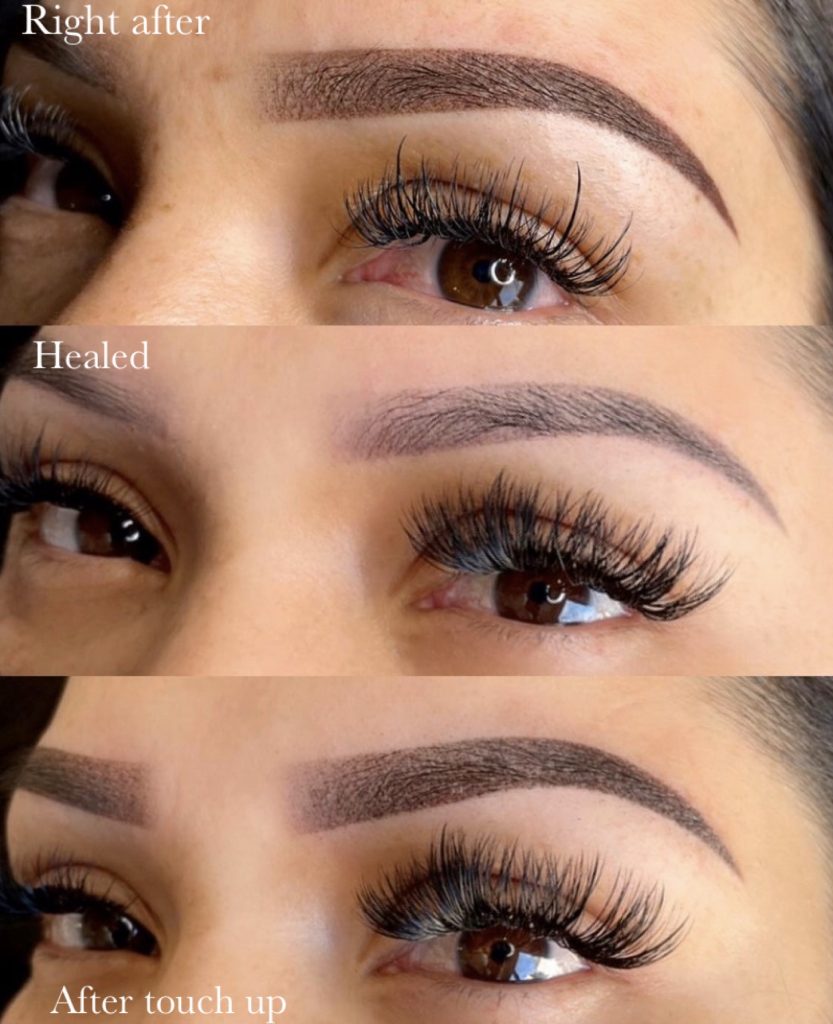 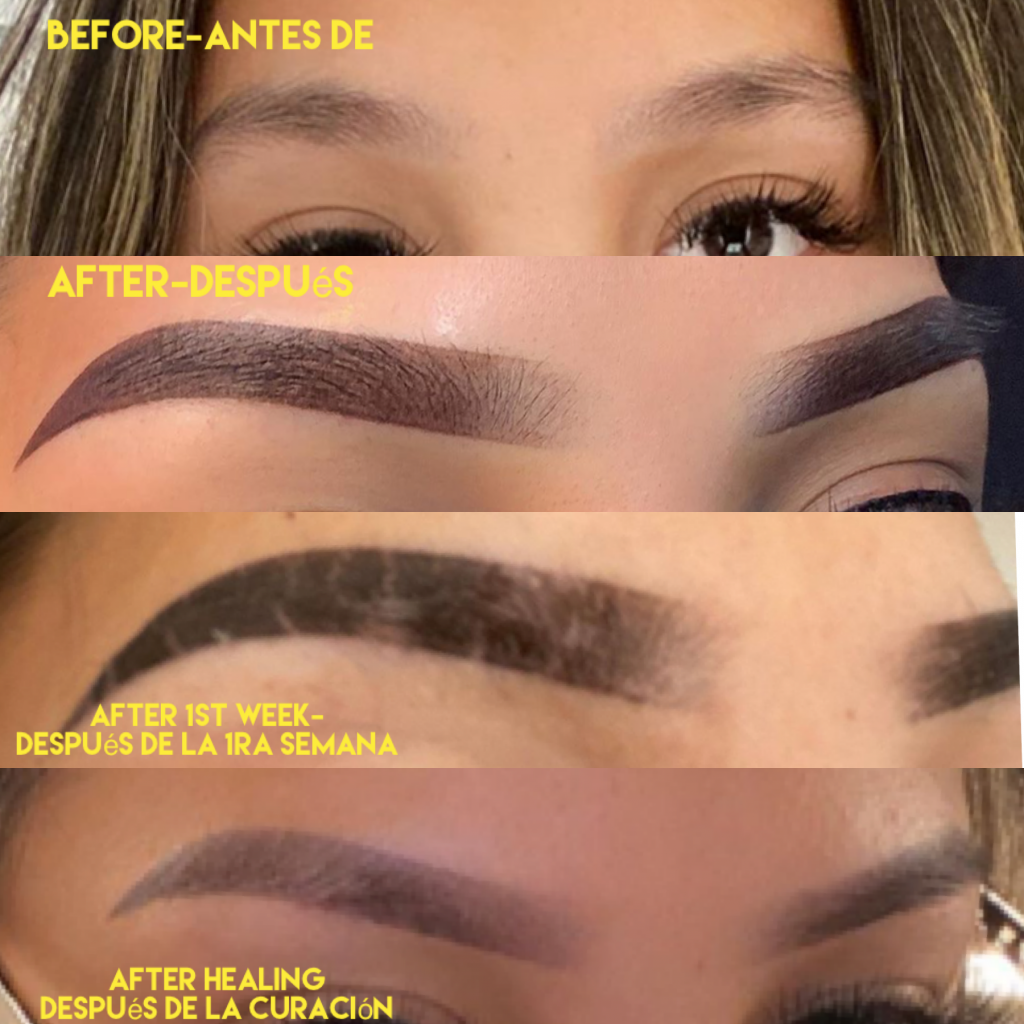 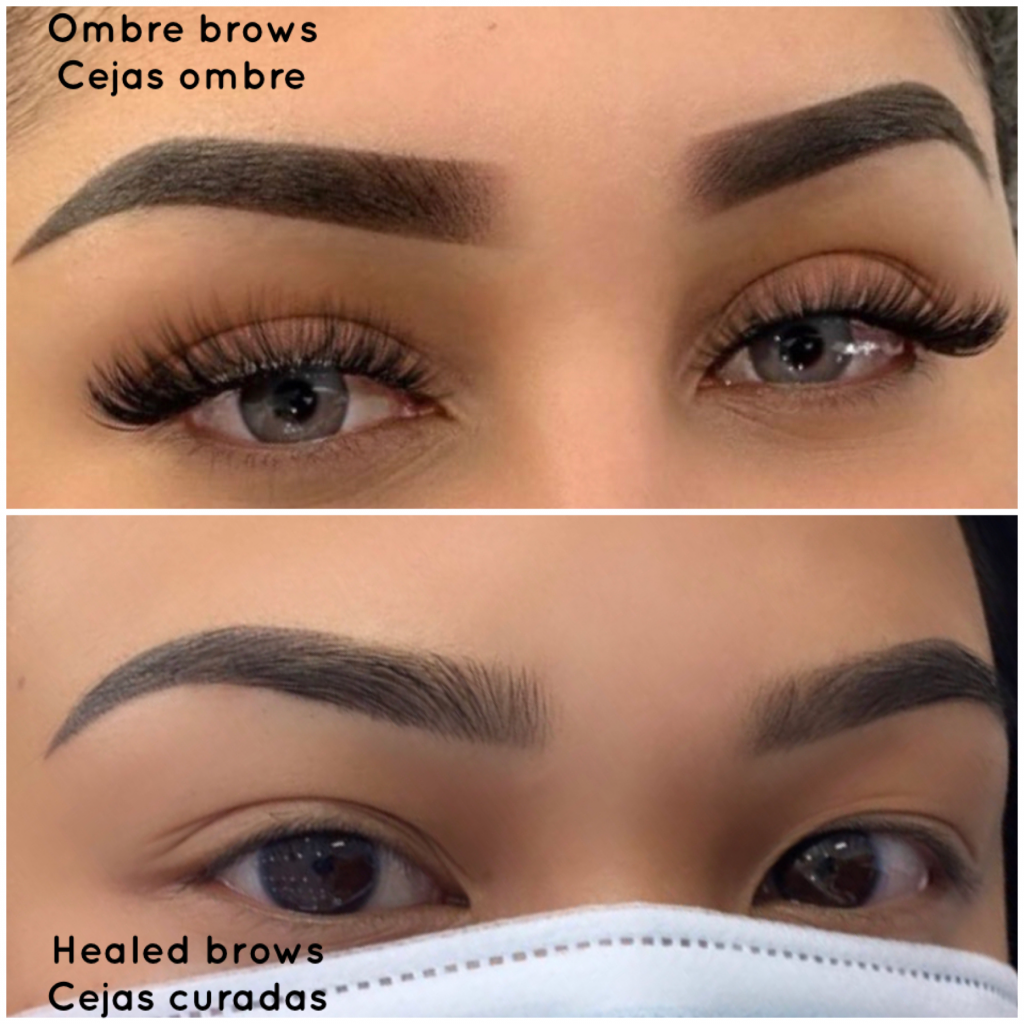 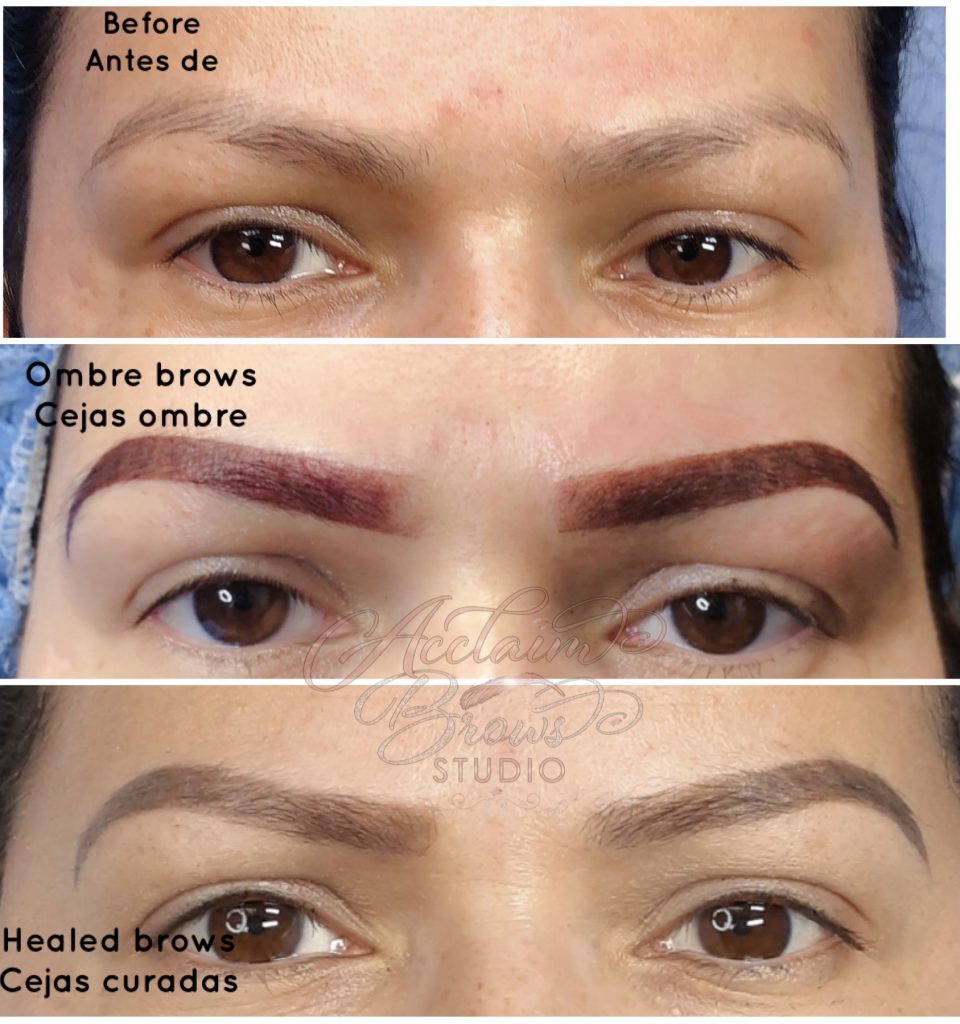 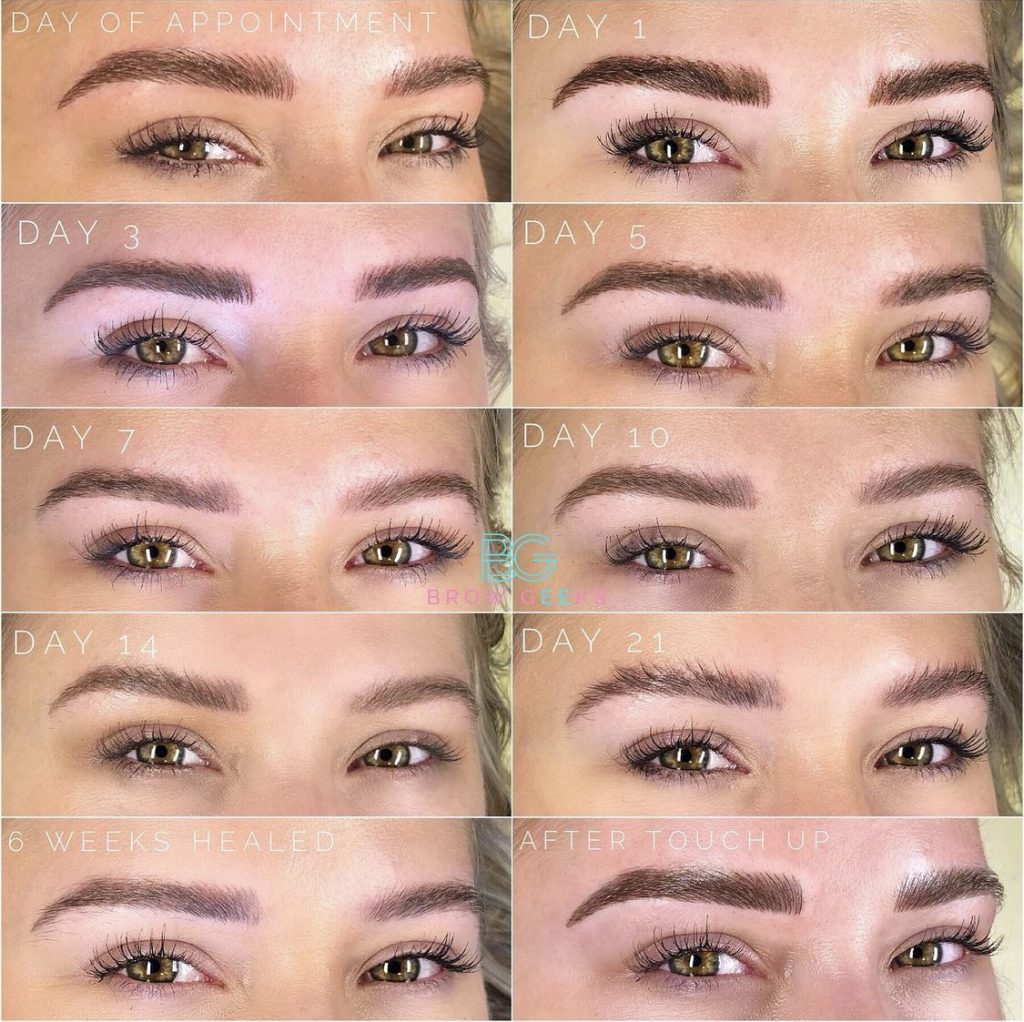 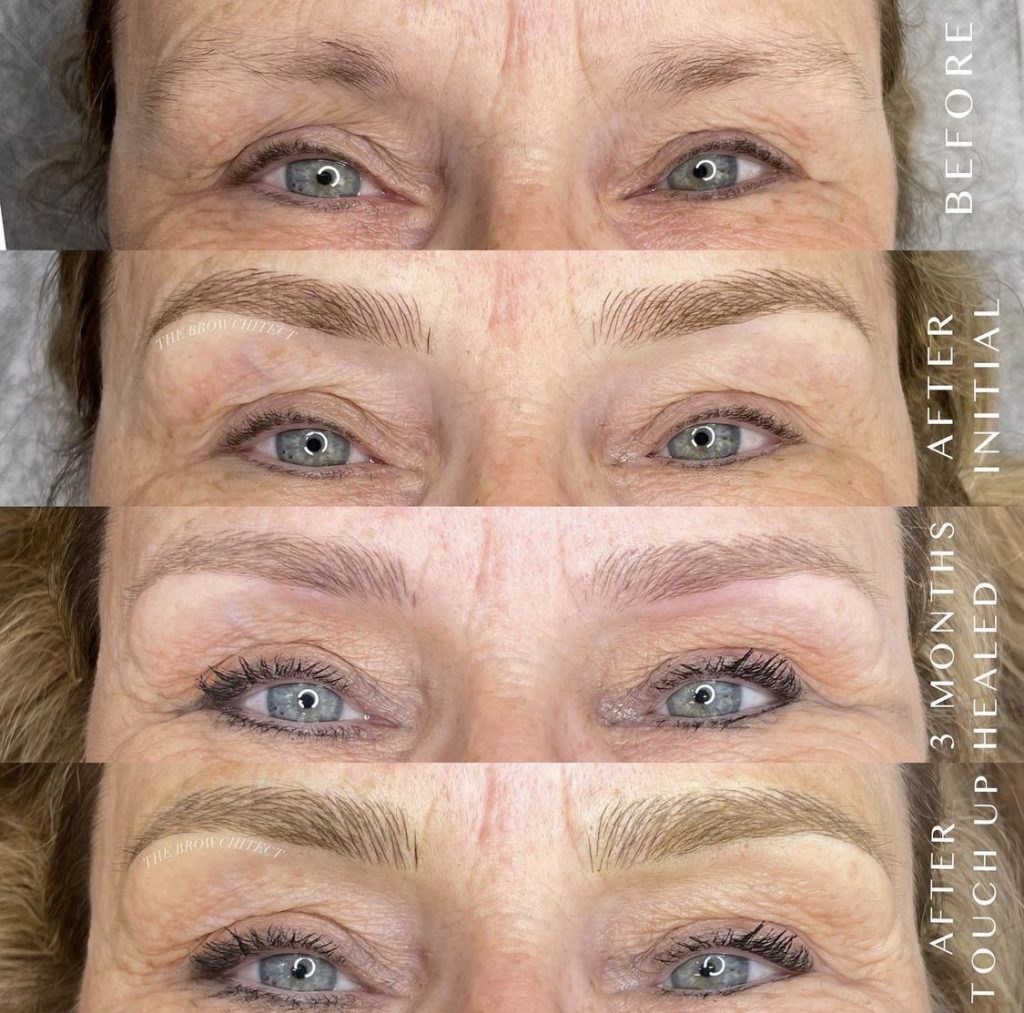 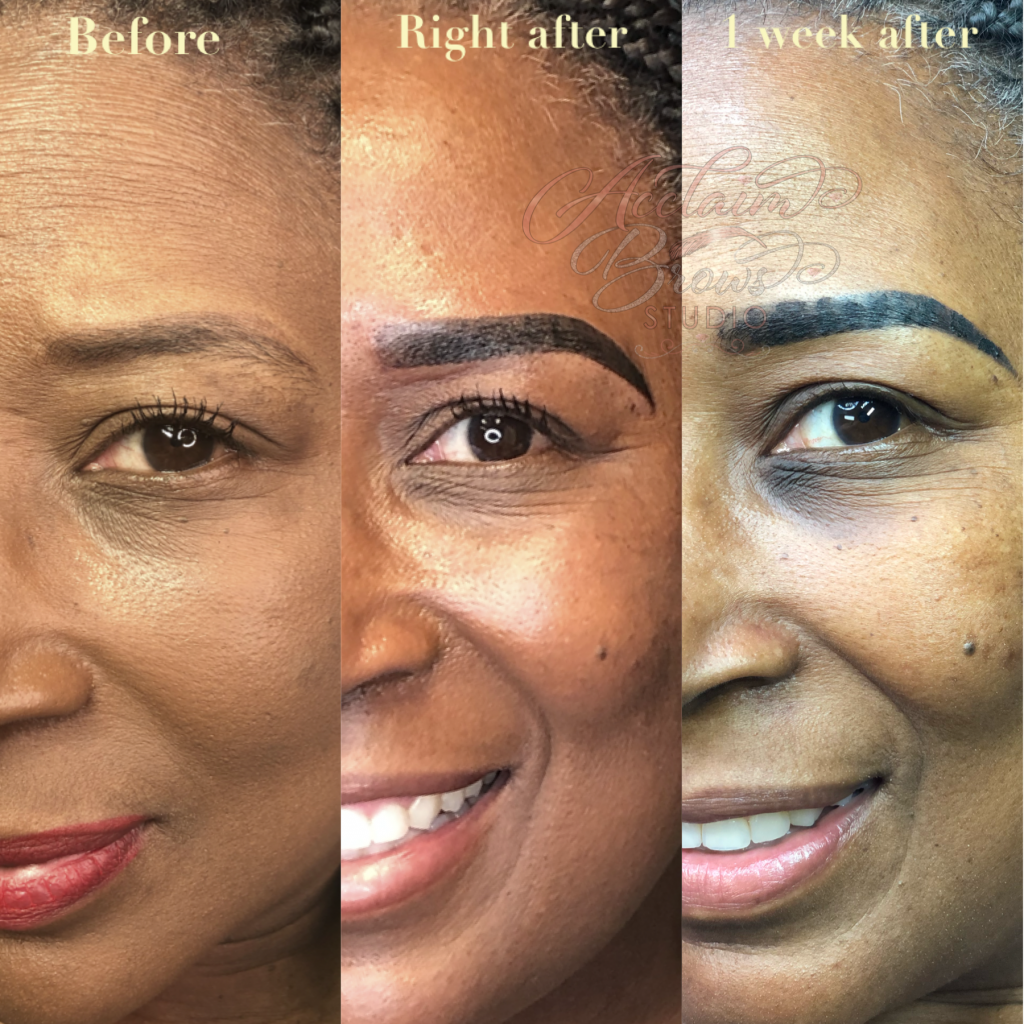 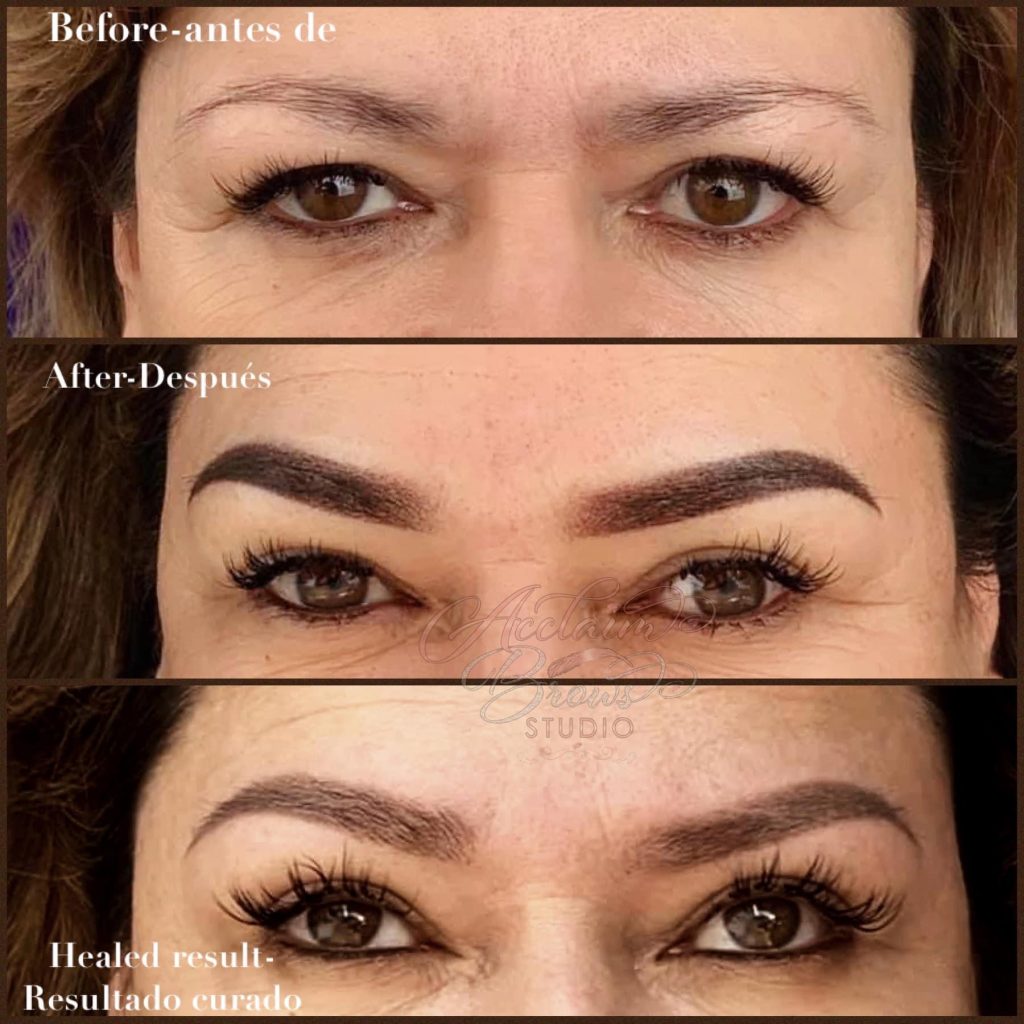 Scabbing from microblading strokes begin to peel and flake off, sometimes revealing no definite, visible color in skin

Pigment in skin continues to oxidize and microbladed strokes begin to reappear in color intended from the beginning, but some strokes come back looking patchy

Cecilia Ortiz
Absolutely awesome! Highly recommend, not only because the procedure was better than excepted but Penni is absolutely awesome, Loved her! She did an amazing job on my eyebrows! I had never had anything like this done before. Penni let me know what she thought would look good and what would not. There was minimal pain and swelling (practically painless) even though it has only been a day since the procedure, I have received several compliments!
Marva Dixon
I am extremely pleased with the quality of the work done in preparing my new set of eye brows. The care, patience and detail Penicillin provided throughout the service is commendable. She was transparent and provided excellent customer service. I highly recommend her to everyone if you want quality. She now has a client for life! Thanks
Deneice Kennedy
I just got my eyebrows done todayI really Love them Peni is a very sweet person and professional !!!!!!
Renee Velasquez
I was nervous abt getting my eyebrows done but after my first session I loved it. Peni was very nice & explained everything and made sure you were very satisfied before you left her office. I will definitely recommend her to anyone who wants there eyebrows done. Can’t wait to return back to finalize my eyebrows!!! I love them !!
Meakauanna Fisher
Penny she’s awesome great customer service she’s very gentle and she makes sure your comfortable and the procedure was great she numbs your brows and it was pain free. Penny was awesome!!
Nakia Smith
I got the combination brow done today with no pain. She’s quick and professional!
N. P. Thompson
Great service i enjoy coming here. She does a wonderful job everytime.
Rhonda Bitner
I love my eyebrows
Kimberly Yee
Peni was a great brow tech, she was patient with me and made sure my brows fit my face as well as gave me suggestions that would be most beneficial to me. I ended up doing ombré brows, which is better for oily skin and gives a more natural result. My brows already look great and I can’t wait to see how much better they are once they fully heal!
Jennifer Weathers
Penny was great! Explained the entire process and made sure to manage the pain. 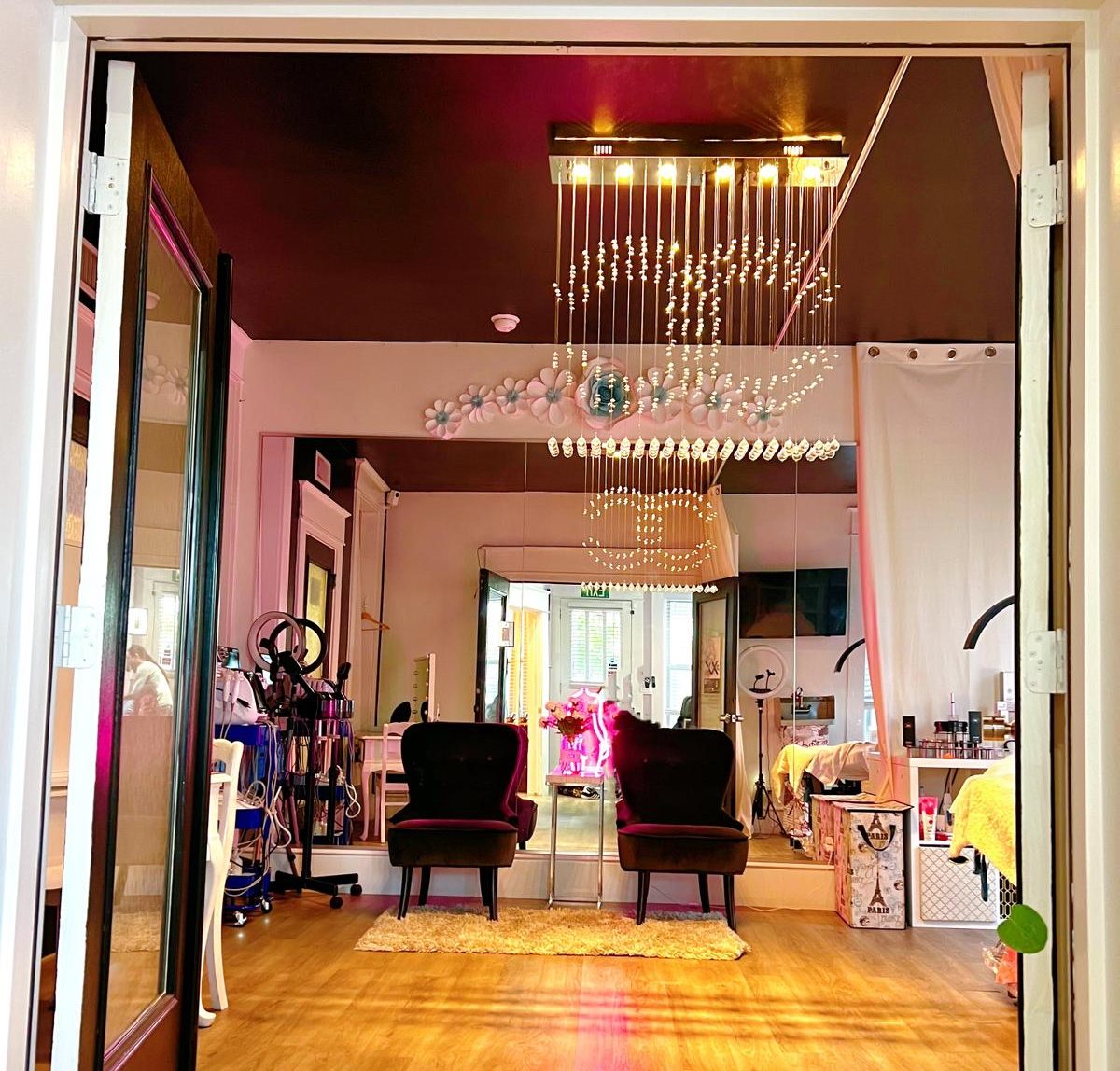